It consists of a set of 78 letters plus guide with instructions in Spanish language.

A unique and very special tarot and with it, the reader will enter a very watertight world in which silence is king, a world made of authority, respect (sometimes) and hatred (often), but a world that is always shown in symbiosis with its environment, economic certainly, but also political, social, cultural and religious.

A tarot with a masculine air because, after the realization of the Tarot for girls, published by De Vecchi, Alice Bensimon felt the need to now reflect a male universe. Secondly, because tackling tarots from history even if it is the small history of the mafia empire allows you to delve into another way of communicating, which can be enriching. Thirdly, because men like to demonstrate their virility through the different types of game: poker, video games, sports, etc. Fourthly, because it is a tool for women to know their partner, so that they have another image of their man, and so that they can reveal some aspects of their character ignored by their wife, consort, friend or lover. Fifth, because there is a growing need to meet as a group to be distracted in a more fraternal way. From the clan to the gang, there's only one step. An easy step to find the Mafia tarot. Finally, because it is a hot topic, visualized, globalized and brought to the stage in the cinematic universe, that many people like and do not dislike women.

A little passion and excitement add a pinch of salt to life.

It is a totally original tarot, with explanations and examples of runs, to make concrete predictions full of nuances, to know the economic and business situation present and future. 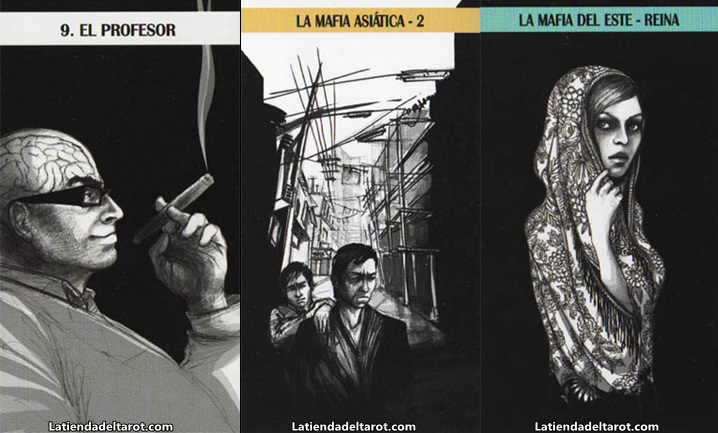 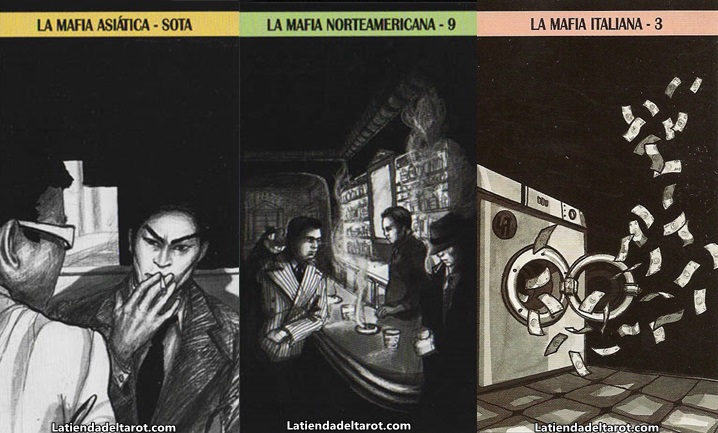