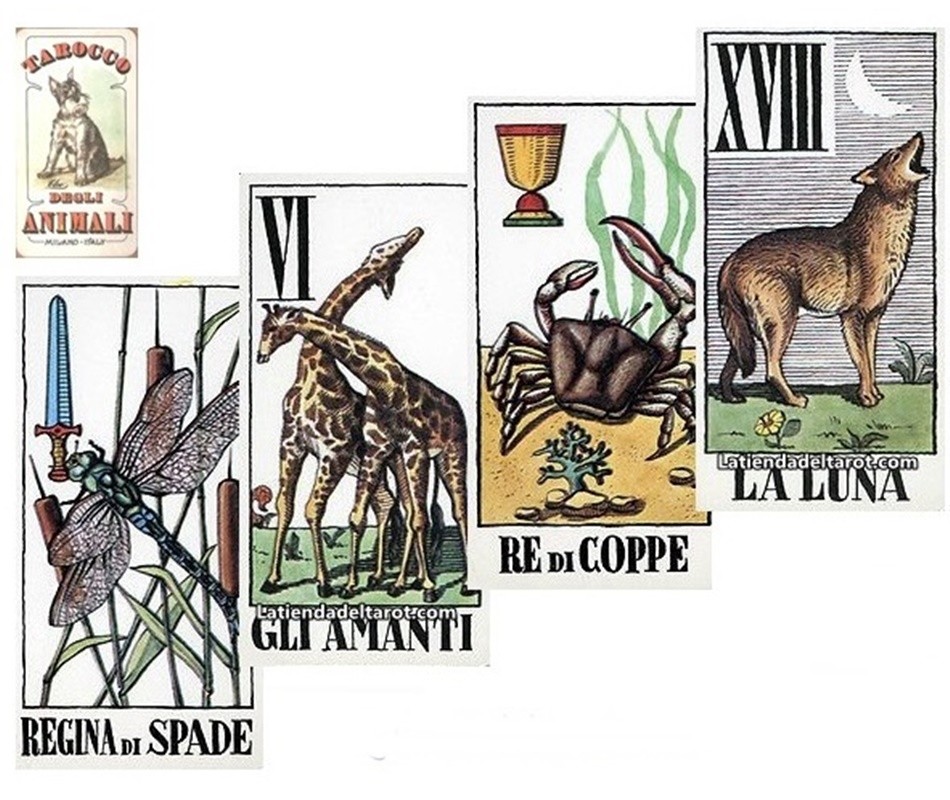 It consists of 78 letters plus brochure with instructions in Italian language.

A limited edition and numbered tarot (1100) Copies signed by author Osvaldo Menegazzi. De Meneghello in 1979. Size: 6 x 11 cm.
Tarocco degli Animali is dedicated to animals, large and small. Major Arcanes feature a different animal that relates to the meaning of the card, while displaying a symbol of the meaning along with the card number

The cards are narrow and slightly smaller than the standard size. They are printed on a thick cardboard. The edges are rounded.

It includes a title letter and a folded sheet of interpretations of general letters of the Major Arcans (in Italian) that comes as standard with many of the works published by Il Meneghello. The American distribution of this deck is a numbered and signed edition of 500, while the Italian version has 2000 numbered copies. The case is a sturdy style of the work with the inner sleeve.

It is very sought after and difficult to obtain. 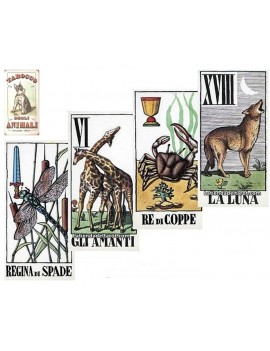