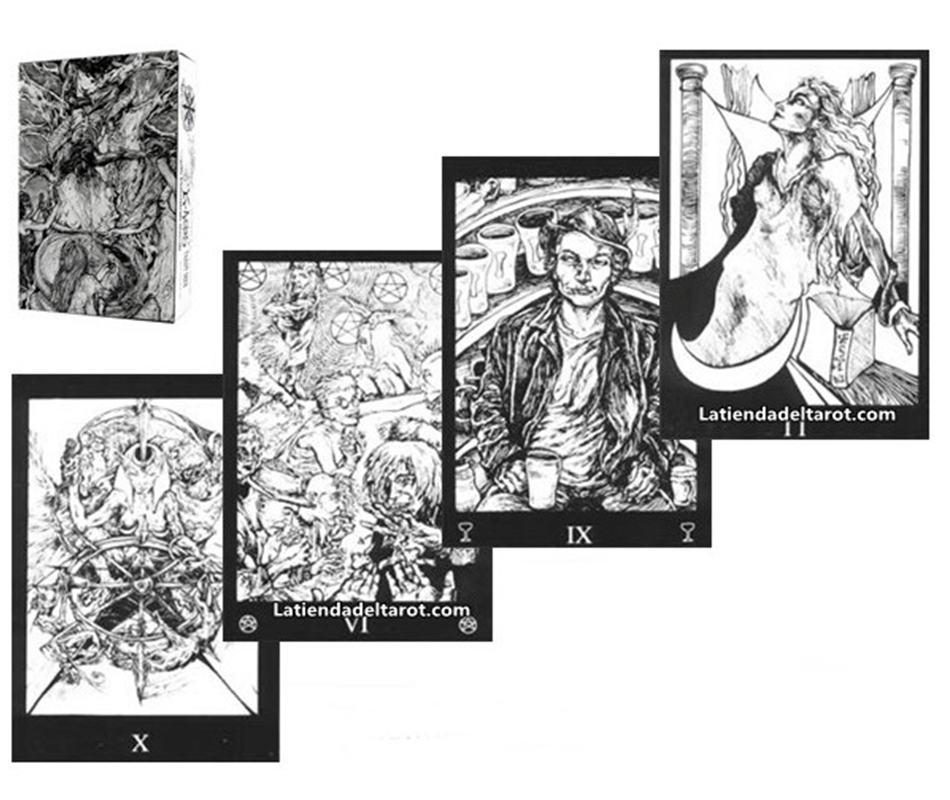 It consists of a pack of 80 letters plus a manual with English language instructions.

The Kaos tarot book is a spectacular work of 80 auto letters published by its author.

In his imagination he uses pagan and tribal images, and his pen and ink art varies from simple to complex through cards designed in black and white enhancing the illustrations with real mastery.

Tarot is not for the faint of heart. The artist is a student of Aleister Crowley's works, since in his own way, the work is quite influential, although it is definitely not a clone of Thoth's Tarot.

This deck was initially published as the bohemian tarot in 1991; However, many of the Major Arcanes and some of the Minors have been redrawn in the Book of Chaos Tarot to accommodate the "progressive understanding of the present moment".

The cards are bordered black. The image of the tower card is placed at an angle, to indicate its movement. The hermit has no edge and is all black, except for the small figure in the center of the letter.

This tarot is without a doubt one of the most precious jewels both for its artistic value and its high quality. 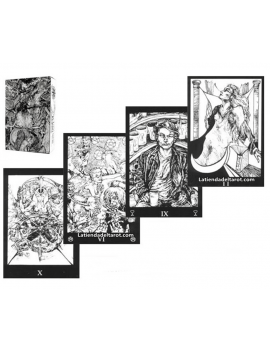