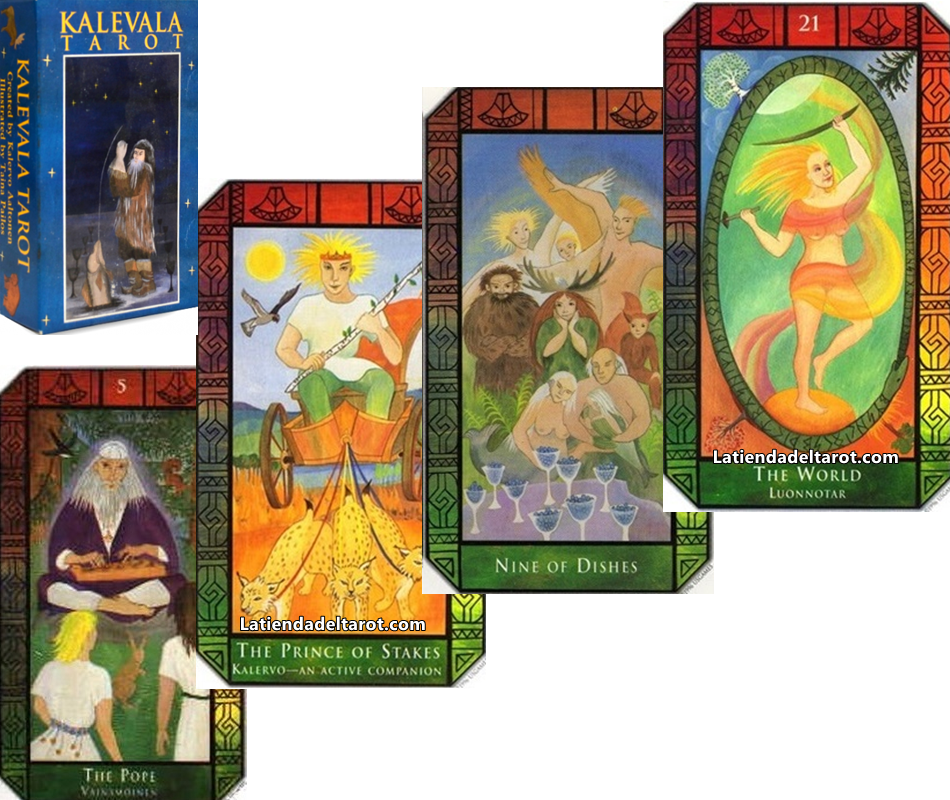 A work based on the Kalevala, a Finnish national epic, built in the 19th century and based on poems and rural songs. The art of Traot Kalevala cards is brilliantly colored in strong primaries.

The Tarot Kalevala is based on the Finnish national epic of poems, which were collected and published in the between 1830 and 1840. and offer semi-primitive art, based on the characters of the epic.
It is similar to Celtic-based decks, in that it uses mythical characters to portray characters from the card. Some of the sticks are renamed, but not for no reason.

The traditional symbology of tarot is absent, however, you can still use the work for tarot readings if you know its traditional meanings of the letter.
The meanings that come with tarot seem a little strange at first, however, when examined a little deeper, they do not stray too far from the norm. 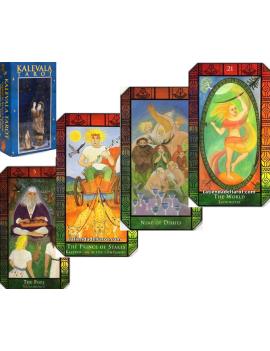