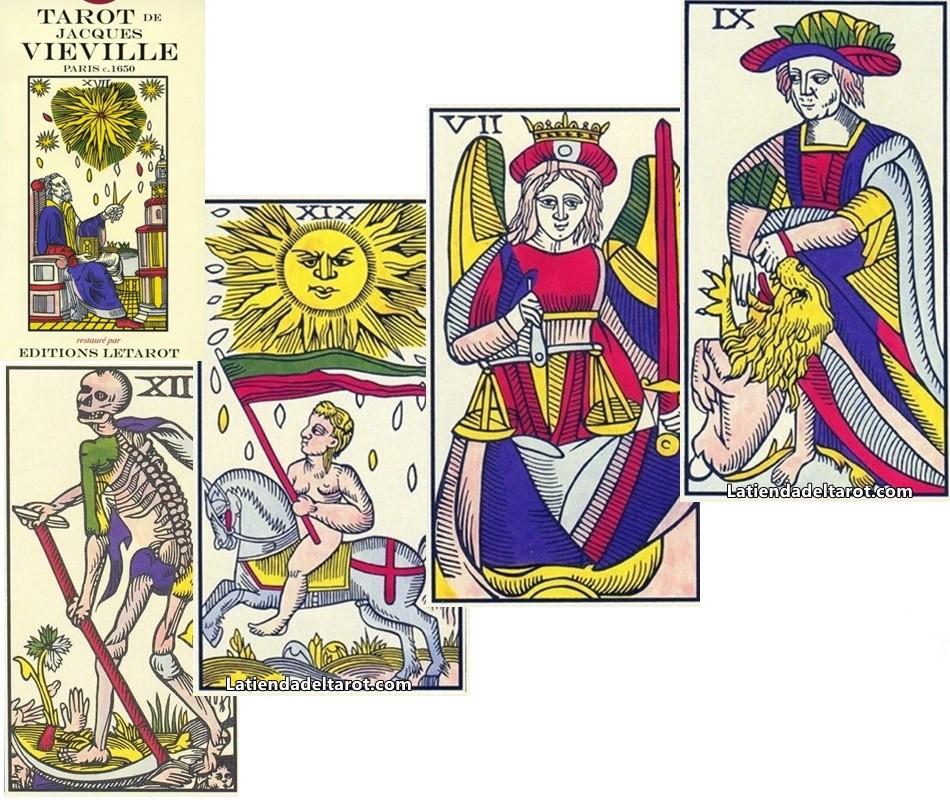 It consists of 44 letters with brochure in French and English.

Jacques Viéville is the pseudonym of a writer, in 1650 he used the black printed sheet, and the wood is placed under the mark by reducing the following characteristics.

This is for a while has no tracing paper or other modern accessories. For specialists, everyone knows that Viéville is "backward" in the past of history and tarot.

This tarot is a rare example of a complete set of the seventeenth century, the Jacques Vieville tarot made in Paris in 1650, is preserved in the printing room of the National Library, which is one of the jewels. His reissue, along with a rule of the game of the same era entirely new, finally puts in the hands of the tarotists and curious of this long-ignored tarot. 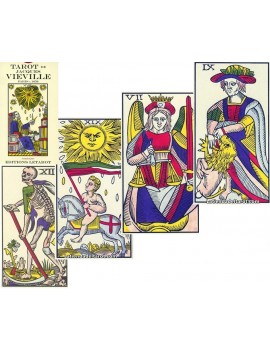