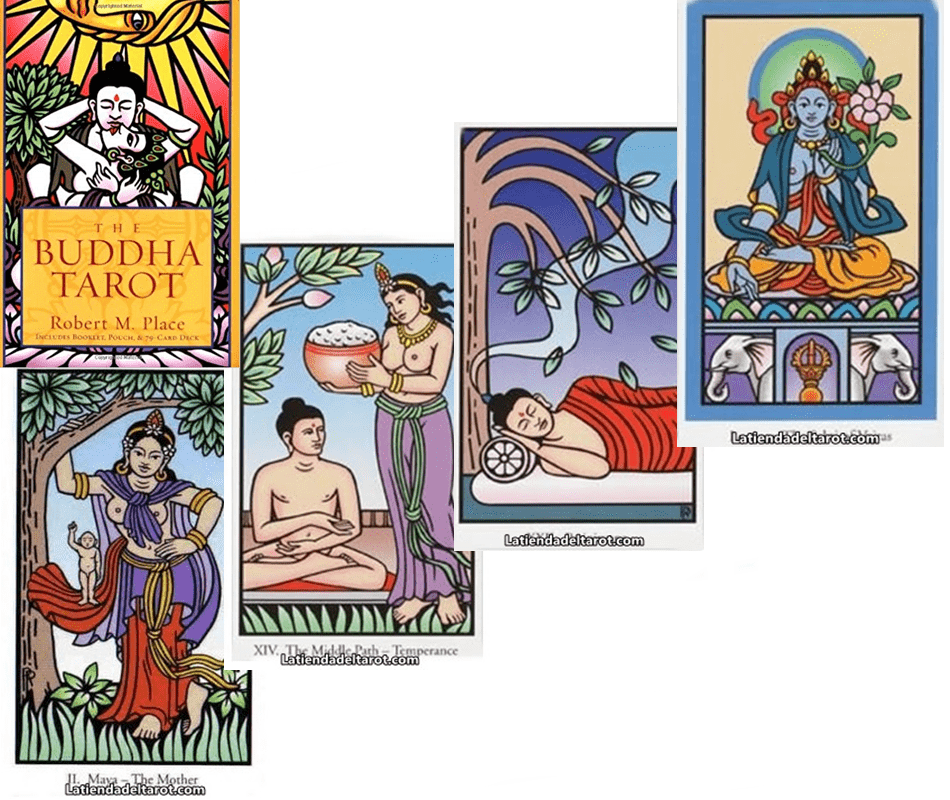 It consists of a 79-card pack and a guide with English language instructions.

The combination of Buddhism and tarot may seem strange at first, but the underlying archetypal pattern reveals striking similarities. The story in the major arcans of the Tarot parallels the story of Siddhartha's journey to enlightenment. This twenty-two-letter sequence has been interpreted by many as an allegorical description of the soul's journey to enlightenment, beginning with the naive fool and culminating in the universal consciousness represented by the World's letter.

The Buddha Tarot includes a 79-card tarot deck designed and created by artist Robert M. Place, acclaimed for its distinctive style and religious and sacred-themed illustrations. Also included is a pamphlet exploring the parallels between Tarot and Buddhism, the life of Buddha, and the interpretations of each letter.

Perfect for divination, meditation and unlocking inner wisdom that awaits you as a gentle guide on your way to enlightenment.
This deck links the triumphs of the Tarot and the story of Siddhartha on his journey for enlightenment. The smaller arcan sticks are Vajras, Jewels, Double Vajras and Lotus. 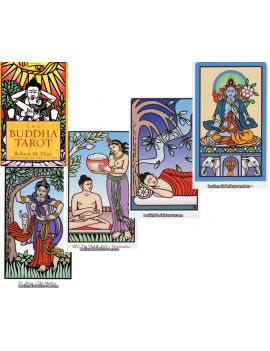