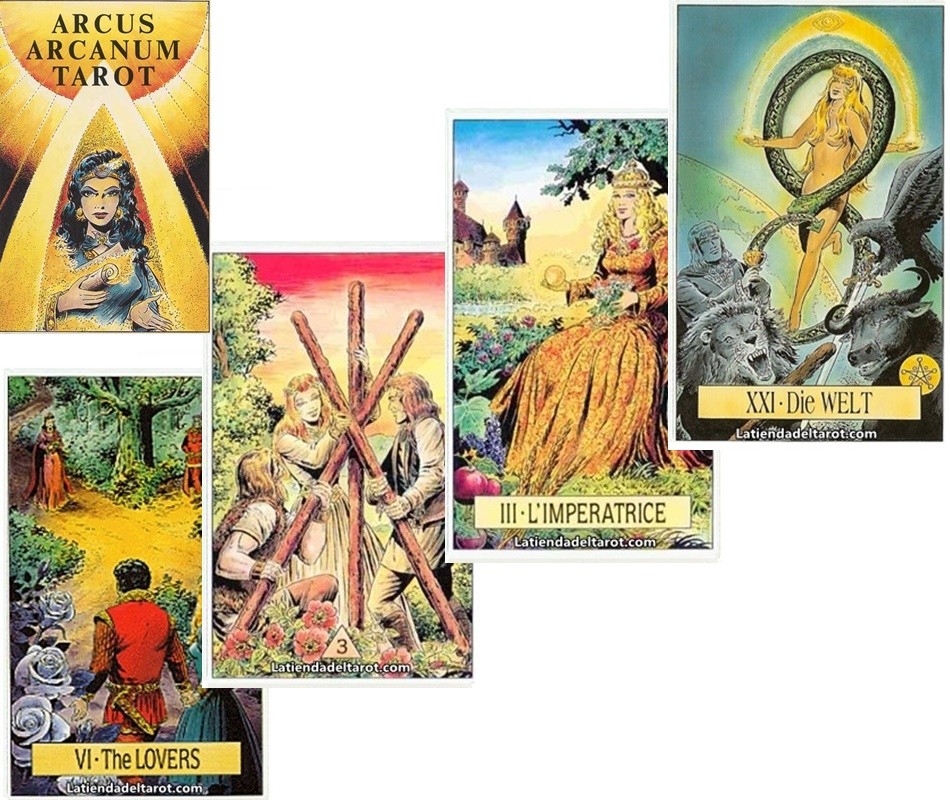 It consists of 78 letters in English.

This tarot deck was developed by tarot expert Gonter Hager, in collaboration with artist Hansrudi Wascher. Know and respect the tradition that managed to give a new expression to the real and original images of the letters.

In this way, the still neglected aspects of elementary concepts are given an adequate expression in the context of a mythological, medieval scenario, which provides mandatory mental separation for interpretation.

The unique achievement of the Arcus Arcanum tarot cover is the fact that the stringing of symbols has been removed together, which often creates the effect of a collage of unrelated parts. In contrast to this, this tarot has integrated the joint antinomy of the basic meanings of a card in a coherent but dynamic way nonetheless.

The origin of tarot lies in the darkness of time immemorial. The oldest existing virgin dates back to around 1445 (Visconti-Sforza Tarrocchi); however, as early as 1377, certain references were given to the letters, usually in the form of prohibitions enunciated by the church or public authorities. The first card systems were handcrafted, gold-leafed and obviously manufactured by nobles. After the invention of the printing press, numerous variants appeared, some of which were graphically simplified, making them affordable for large parts of the population, too. Possibly, the appearance of a parlor game was predominant, however, this does not necessarily imply that they have influenced the creation of tarot.

This tarot has the letters in English. 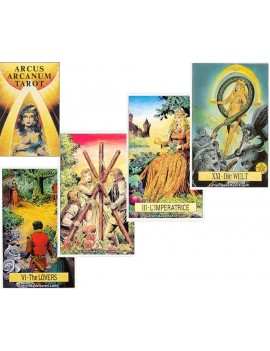