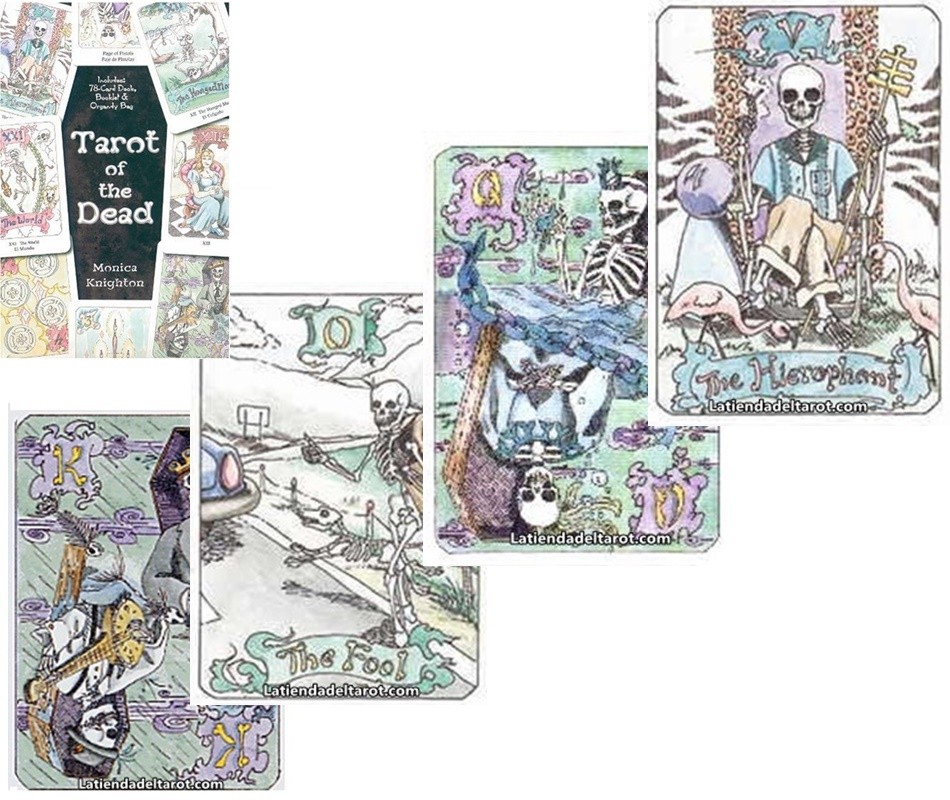 It consists of 78 letters in English and Spanish plus book with instructions and a bag.

The Tarot of the Dead is a deck of Tarot created with good doses of humor and with scenes depicting empty skeletons rather than the most common human figures.

As an anecdote, in this self-addition to our letter "The Madman", in the instruction book it is called "The Fool".

In this first edition after auto-editing, they resized the cards so that they could be added names at the bottom of the card.
The book has been "remastered" and at the beginning of this, explains about the day of the dead, because I believe this tarot and what an end it was.

Includes a Bag and a Customizable Box.

This tarot is a Self-Editing, two extra cards come, 1 of them is part of the presentation of the box and the other is a card which has no specific function but which will be the reverse of all the cards of the 1st Edition of Llewellyn.
The central theme of this Tarot was inspired by the Mexican festival, the Day of the Dead. He explores death with ironic humor and fantasy.

The feast of the dead is made in honor of the deceased family and friends, and here the Mexican tradition is perfectly combined with European divination.
Involving watercolor the work of art with representations of human figures and animals as skeletons embraces the inevitability of our mortality.

Pack: The Tarot of the Dead "Col
6 Items
New product 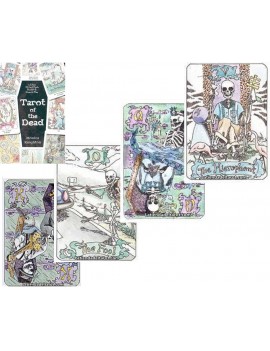