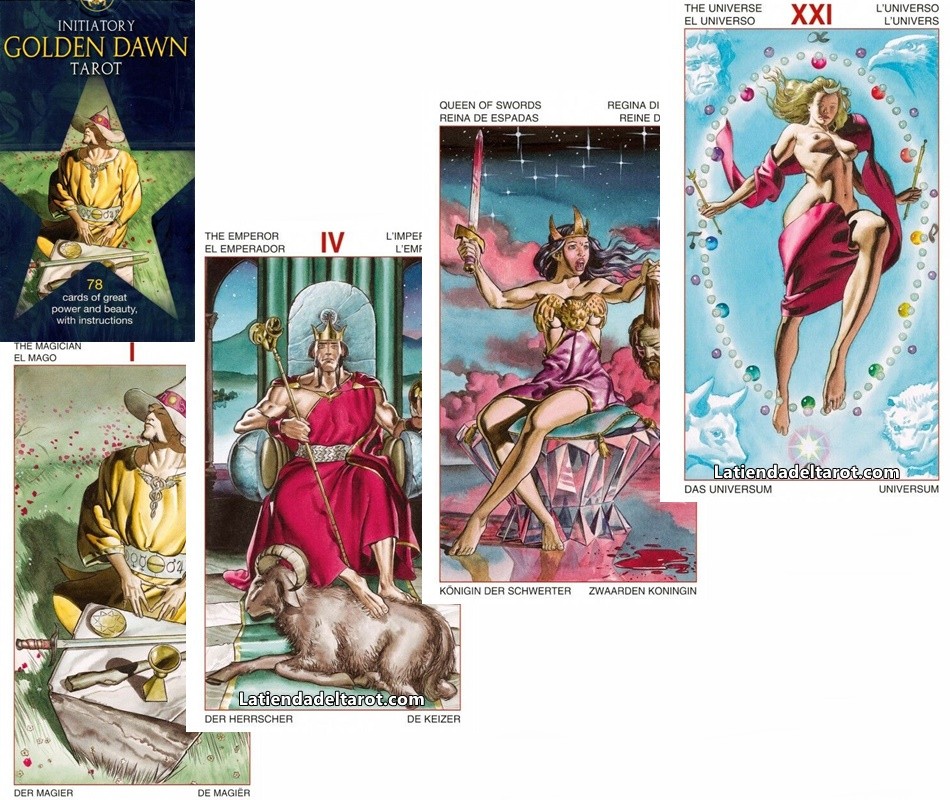 It consists of 78 letters plus a brochure with instructions in multilanguage language.

This fantastic tarot is created by Giordano Berti and Patricio Evangelisti. A tarot that deals with the occult group of the initiatory Golden Dawn. With a marked comic style.

Currently there are several tarots trying to reproduce the golden dawn available in the market. They are all attempts by the artists to recreate the original design. Bertia asked Evangelisti to do something completely different.

Rather than trying to improve on the known drawings, he simply gave Evangelisti descriptions of the letters from the original Golden Dawn documents.

The result is an impressive and new, but true to the original concept. Instead of all the images seen from the front, the views are more like the movies.

The colors are bright and full of script and intensity.

The priestess is a powerful woman who controls powerful energies; And she casts a spell The chariot horses are in full gallop, almost falling over themselves pulling the chariot.

The force lion looks like he could break her arm undeterred.

A Tarot with endless possibilities to increase our sensitive capacity. 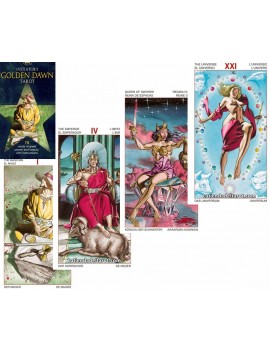