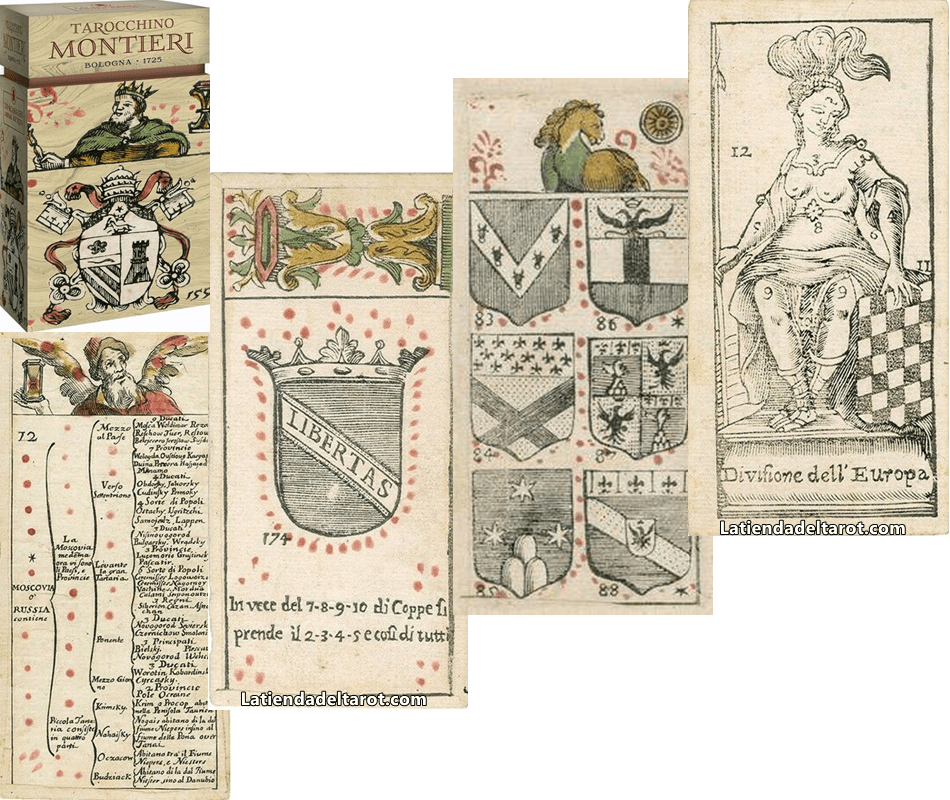 It consists of 78 letters plus a brochure with instructions in multilanguage language.

Originally created in 1721, Tarocchino Montieri is one of the rarest tarot decks in the world after almost all existing copies were burned due to the influence of the church.

This deck follows the reduced number of cards as in the Bologna variant and the cards feature fascinating Montieri indices and notes on 18th century society, politics and geography, as well as ornaments and illustrations.