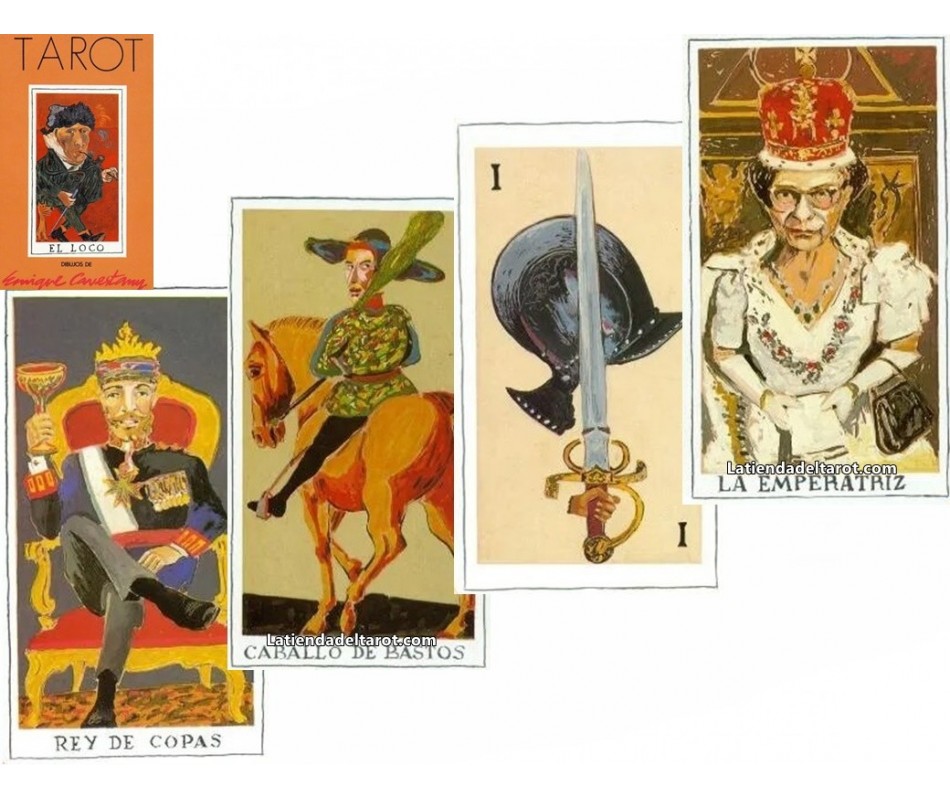 It consists of 78 letters in Spanish language.

A very picturesque tarot with ironic and medieval touches with modernism.

He is a painter, designer and cartoonist who has developed various activities as a writer, journalist, set designer and press illustrator. He is also known for his social activity in the associative movement of plastic artists and as an organizer of cultural activities. 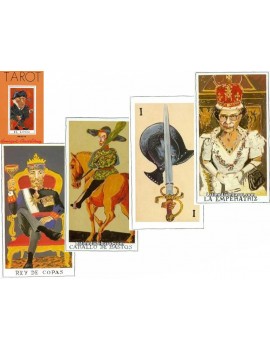