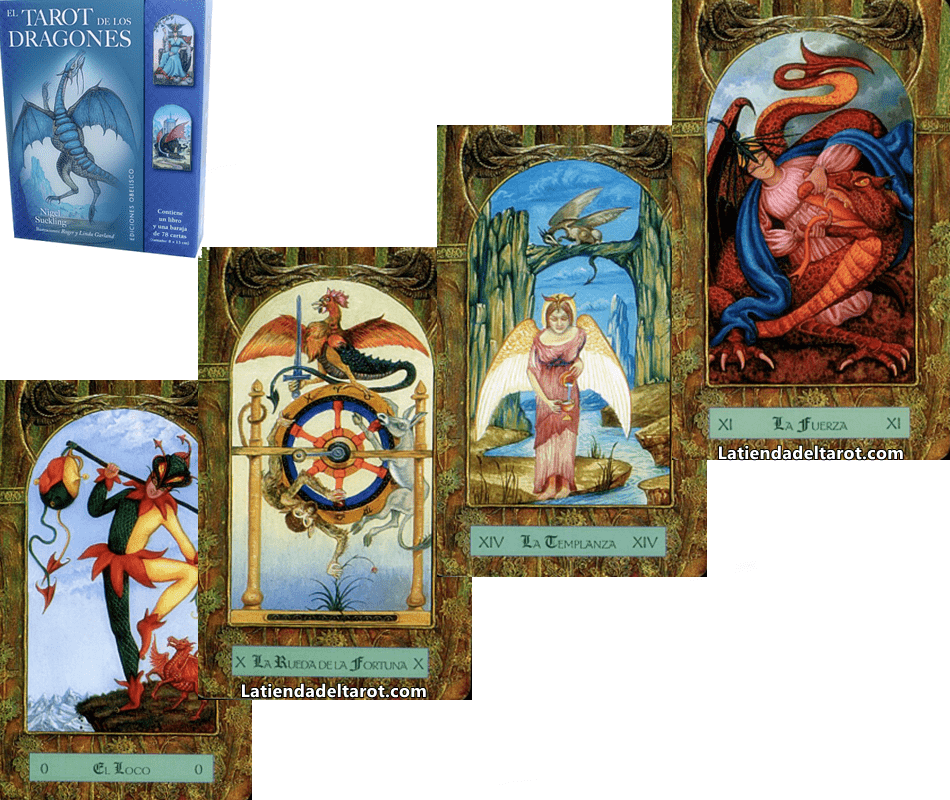 It consists of 78 letters plus book with instructions in Spanish language.

Majestic in his possession, the dragon in Western culture appears in myth and legend as the jealous guardian of a treasure-personified by J.R.R. Tolkien's Smaug, and most recently seen in J.K. Rowling's Harry Potter series and George R.R. Martin's Game of Thrones series.

But that's not the whole story: dragons are complex creatures, and the beast is usually credited with cunning and often the power of speech: it's not just a brutal and terrifying monster. Although occasionally hostile, such as when a dragon from the earth is stirred and human cities collapse, there is no personal malice.
Dragons simply operate according to different laws that don't always put our interest at their center. Understanding these laws and adapting to accommodate them is a path to wisdom. This is the spirit in which dragons inspire this tarot: tarot also operates by laws that are a little beyond our conscious reach, lifting the veil in the underlying spiritual current of the worlds we inhabit.

This traditional 78-card deck contains fire-spitting dragons, air-rated dragons, sea snakes, and earth dwellers who will reveal the secrets of the past, the possibilities of the present, and the full potential of the future.

This tarot has the letters in Spanish language. 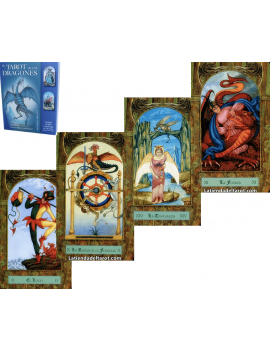