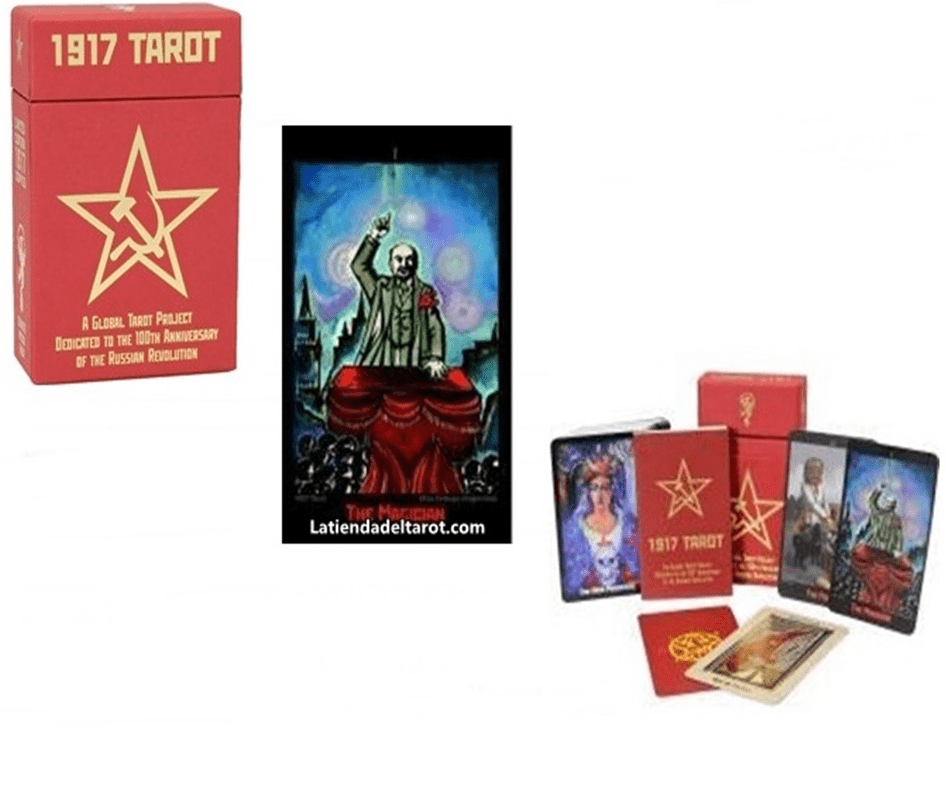 It consists of 80 letters in Spanish, English, Russian.

In 2017, the centenary of the October Revolution, or the Russian Revolution, as they call it around the world, was commemorated.

This Revolution radically changed the course of human history and affected the fate of many people, nations, and states of the twentieth century. Researchers find the hidden roots of the October coup, it is accompanied by mysterious phenomena, mystical people are involved in it, such as Rasputin.

The project was attended by 50 people, of which 40 were the painters of completely different ages and mindsets, living in different parts of the planet, citizens of 16 countries of the world.

We bring to your attention this unique result of creative work - major historical events in a "box", which includes 80 cards from a tarot deck.