It consists of 52 letters in the Italian language.

Published in 1997 by Meneghello of Milan, Italy as a limited edition of 1000 decks, Gioci dei Giornali's cards are known as a "transformation" deck, and is a photo-facsimile of an 1819 deck of cards, with illustrations attributed to Baron Louis Attalin of Paris.

The deck is divided into 4 Hearts, Hearts and Diamonds card sticks, with finely engraved black line drawings incorporating nugget symbols into new scenes. PIP cards are of a single color (Clovers and Spades) or 2 colors (Hearts and Diamonds), while the 3 cut-out figures of V (Valet), D (Lady) and R (Roi) are full color, and show various historical, literary or mythical characters, such as Don Quixote or Minerva.

Originally engraved in copper and hand-colored, the illustrations depict satirical, sometimes grotesque, characters that were apparently common to major Parisian newspapers of the time. Some scenes are comical, some eschatological and some a little obscene. There are occasional references to people of color, which for the time period, was not one of "equality". There is a small line or two of French text on each card that usually describes the scene or characters inside, such as "les animaux savans" (the learned animals) showing an orchestra of farm animals, dogs and cats. Some characters show nudity, and a poor guy gets an enema.

The cards are printed on thick uncoated parchment paper with reversible card. 1 hand-numbered title title chart is included. Charming handmade meneghello that is tied with a ribbon, with an inner wrap. 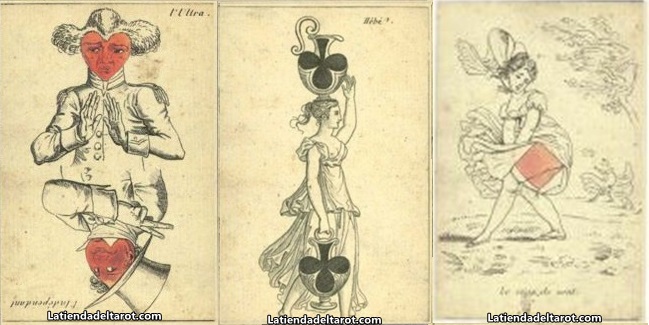 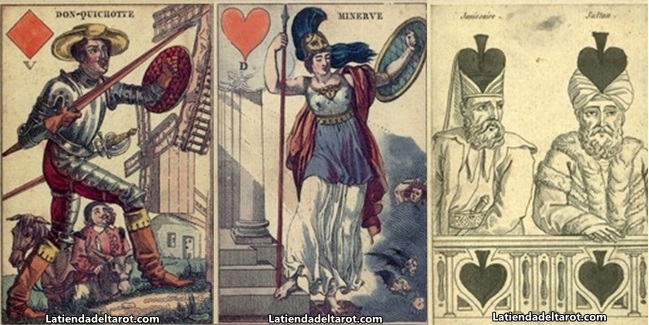 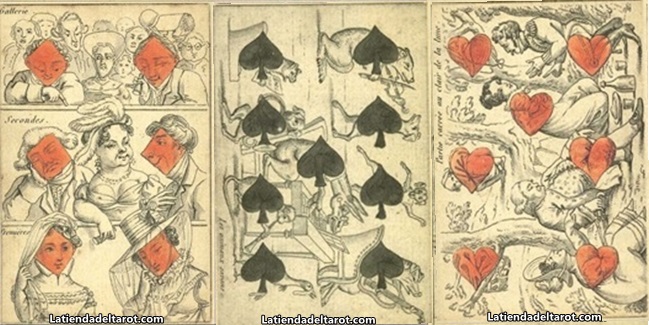 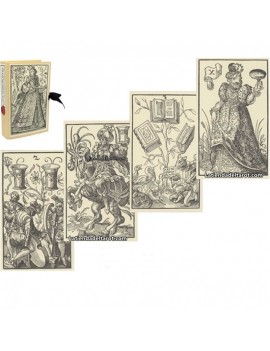 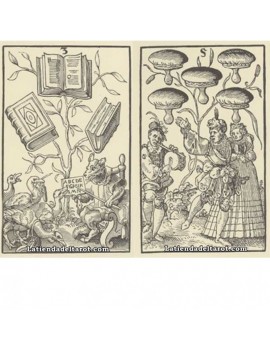 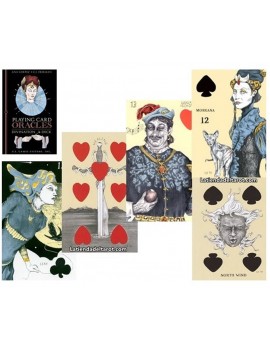 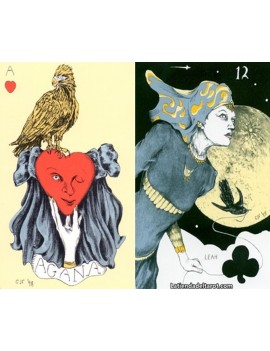 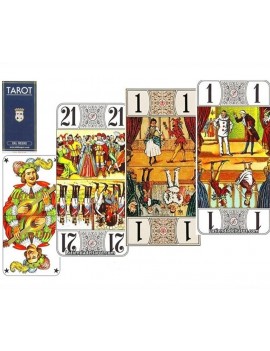 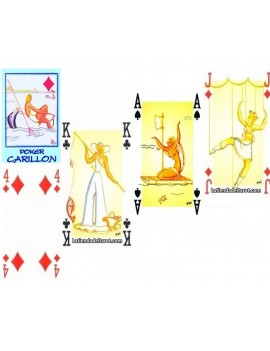 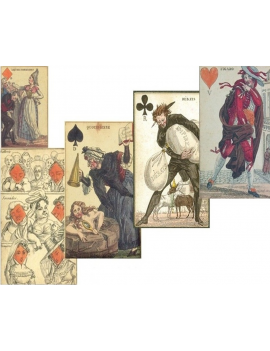