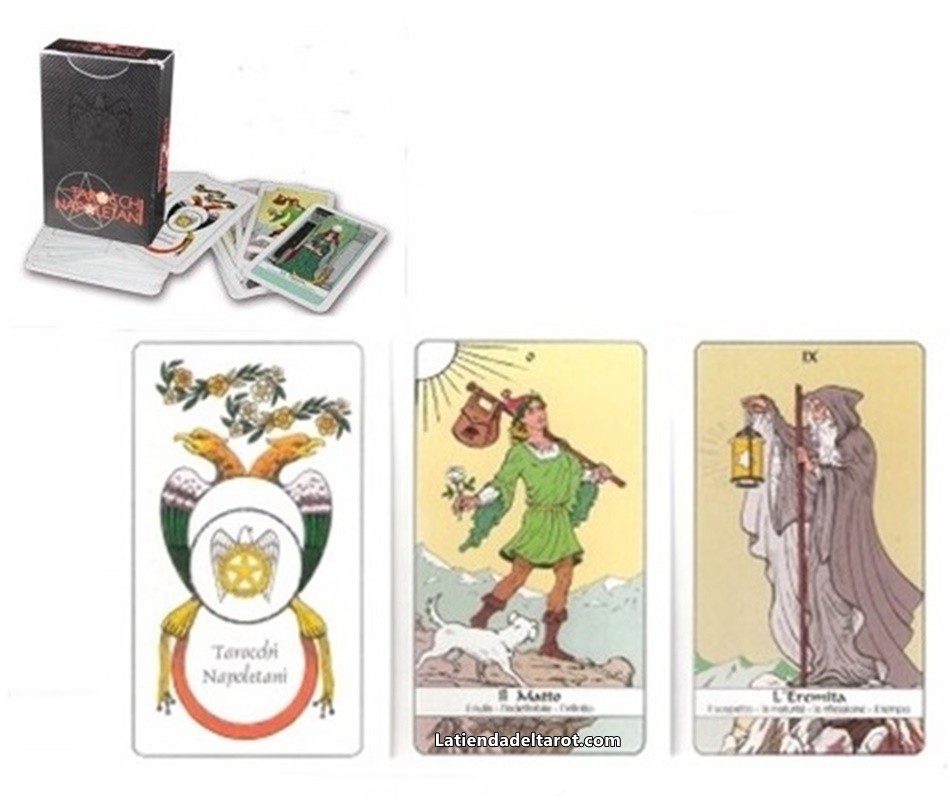 It consists of 78 letters plus brochure with instructions in Italian language.

The origin of the Tarot is lost in the night of time. Most scholars of this subject, who go back to the creation of tarotism in the 13th century BC and locate in China, the country where they used to be used as divinatory cards. In Europe we have references already in the Middle Ages and were first admitted and later banned.

In some countries, such as Spain or France, all those who used such cards were severely pursued. In Italy we arrived in the fifteenth century brought by people of Gypsy origin, who used them for divinatory and propitiatory purposes in esoteric rites. During the same century, the Tarot had great success in the customs and customs of the peoples who inhabited southern Italy, unless many schools of thought developed on the origin and content of esoteric Tarot. From that moment on, the use of the Neapolitan Tarot was transmitted, thus defined because it descended directly from the graphs of the most generic and used regional maps. The leaked writings transmitted over the centuries, the creation of a high-performance group, its attractive graphics and valuable content and thesis-rich help to correct esoteric interpretation cards.