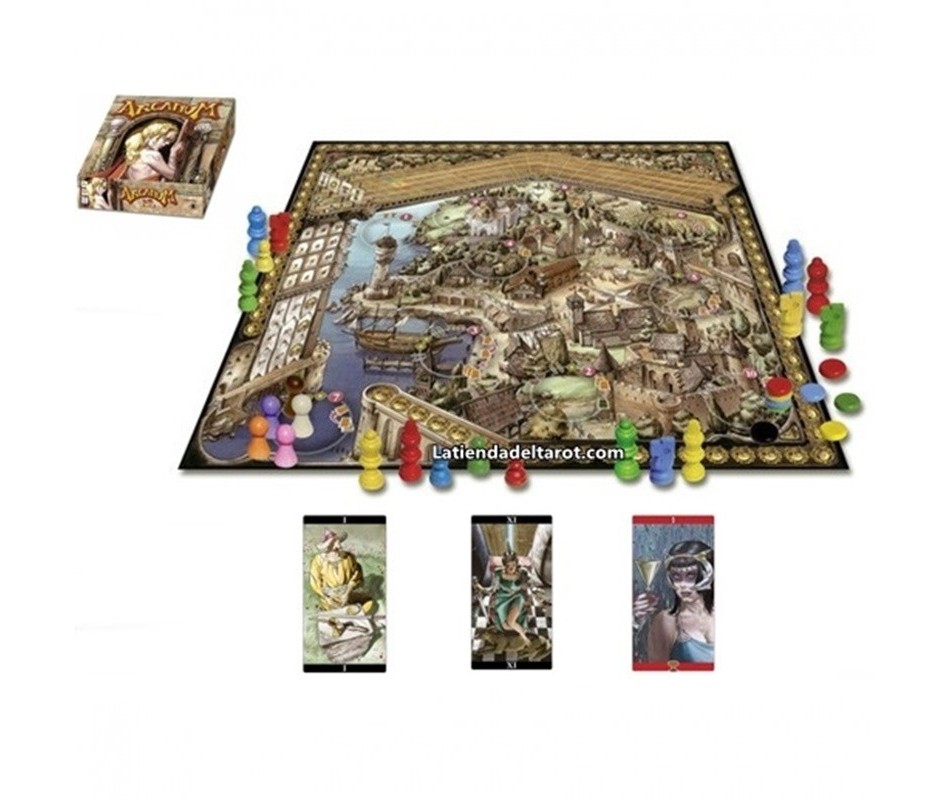 It consists of a board game, more tiles, more tarot, more book with instructions in multilanguage language.

Board game that includes a tarot deck. Made in Italian, English, French, German and Spanish.

Arcanum is a board game for adults. This game could be classified as German or Eurogame style. Although he uses tarot cards, it's not a card game, but a board game in the strict sense. Cards function as strategic options in development on the table.

The minor arcans will determine the prestige of four different families - cups, golds, swords and bastos - in a medieval city. Royalty, nobility and craftsmen must move as intelligently as possible through places in the city such as the ballroom, treasury or port so that each player can make a profit and place the family – "home" in the game – in the game for which they will bet in secret. In addition to obtaining these benefits it will be very important to hide our strategy from the rest of the players.

Older arcans are the magic effect that will add spicy to the game and an extra strategy factor that won't let it resolve to the end. It should be noted that the actions of each major arcane are parallel in the game universe with the meaning that each card has for a tarotist. The theme of the game not only serves as a plot excuse but also structures its same mechanics. A prodigy of imagination and wit.

The beautiful and sensual illustrations, both from the board and the Golden Dawn deck included in the game, are the work of illustrator Patrizio Evangelist. Just because you have this deck, Arcanum is already worth it. But if the tarot also transforms into a world where we are immersed in magic and palace intrigues by the hand of two masters of strategy, it is a tremendous fusion. 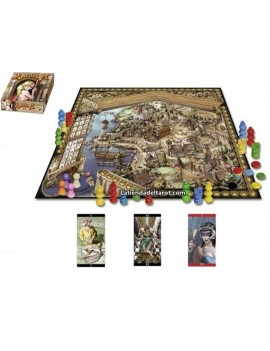