It consists of 52 letters in The Italian language.
Culture: Italian (1610 - 1664). Date of creation: 1664
Jeu des Fables ou Métamorphose. The cards were mounted in earlier eras in cardboard.

This educational deck was ordered by Cardinal Mazarin (1602-1661) for Louis XIV, this deck should help Paul Philippe Hardouin of Péréfix de Beaumont (later Archbishop of Paris), from 1644 Masters Louis XIV, to assist in the instruction of the 6-Year-Old Boy each of the 4 floors had a title letter indicating as an editor Henry Gras Paris.

A book-shaped edition was published in 1698 by J. Covens & C. Mortier in Amsterdam. The decks were copied over and over and appeared later as costume editions. 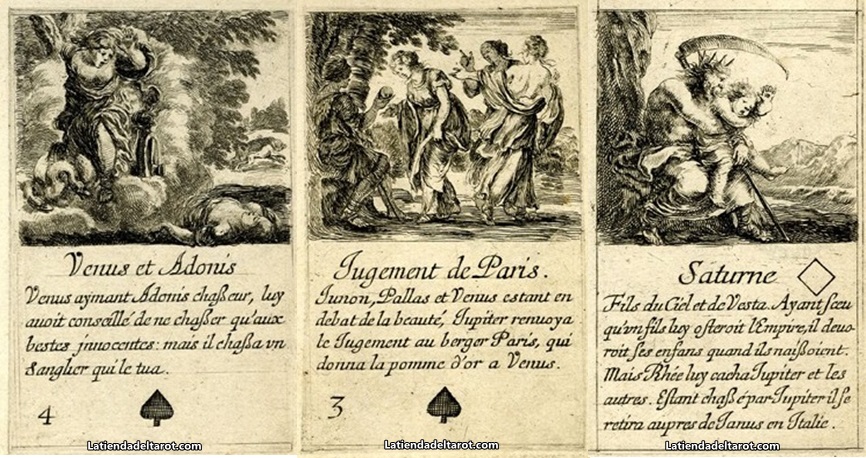 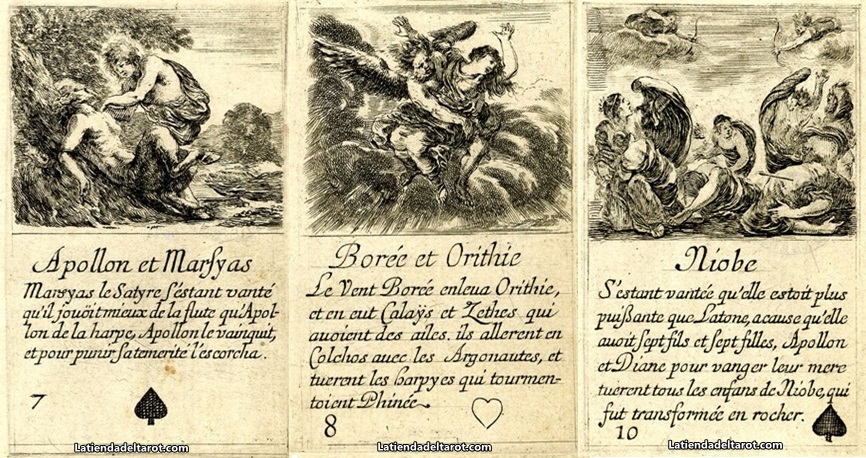 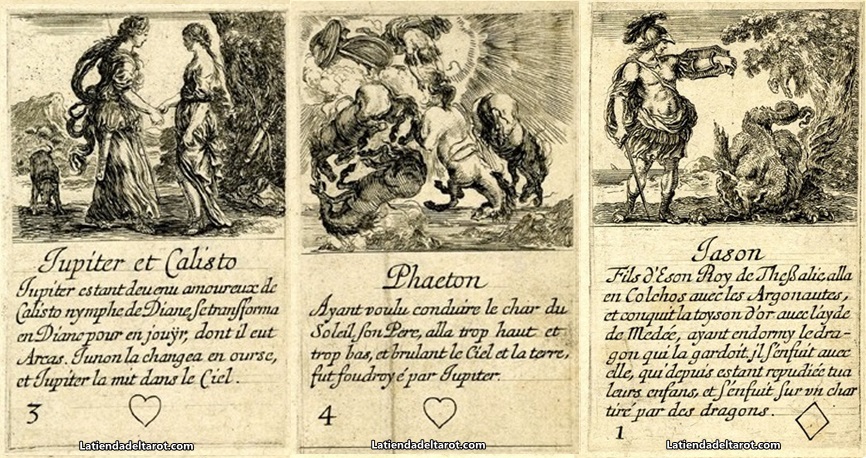